During the process of making the UI for Lawbreakers, we had many direction changes with the development in the game and, as a result, many changes in the aesthetic of the UI.

When I initially started working on Lawbreakers, the concept of the game revolved around futuristic gangs fighting in a battle arena atmosphere with special artificially enhanced abilities. Basically, we were shooting for a futuristic and violent sport. This future world was largely created as a result of a shattering of the moon, so that was also a theme to draw from. Early ui style concepts evolved around mixing classic futuristic sci-fi graphics with sport graphics. Additionally, a broken or shattered theme played an early role in ideation. 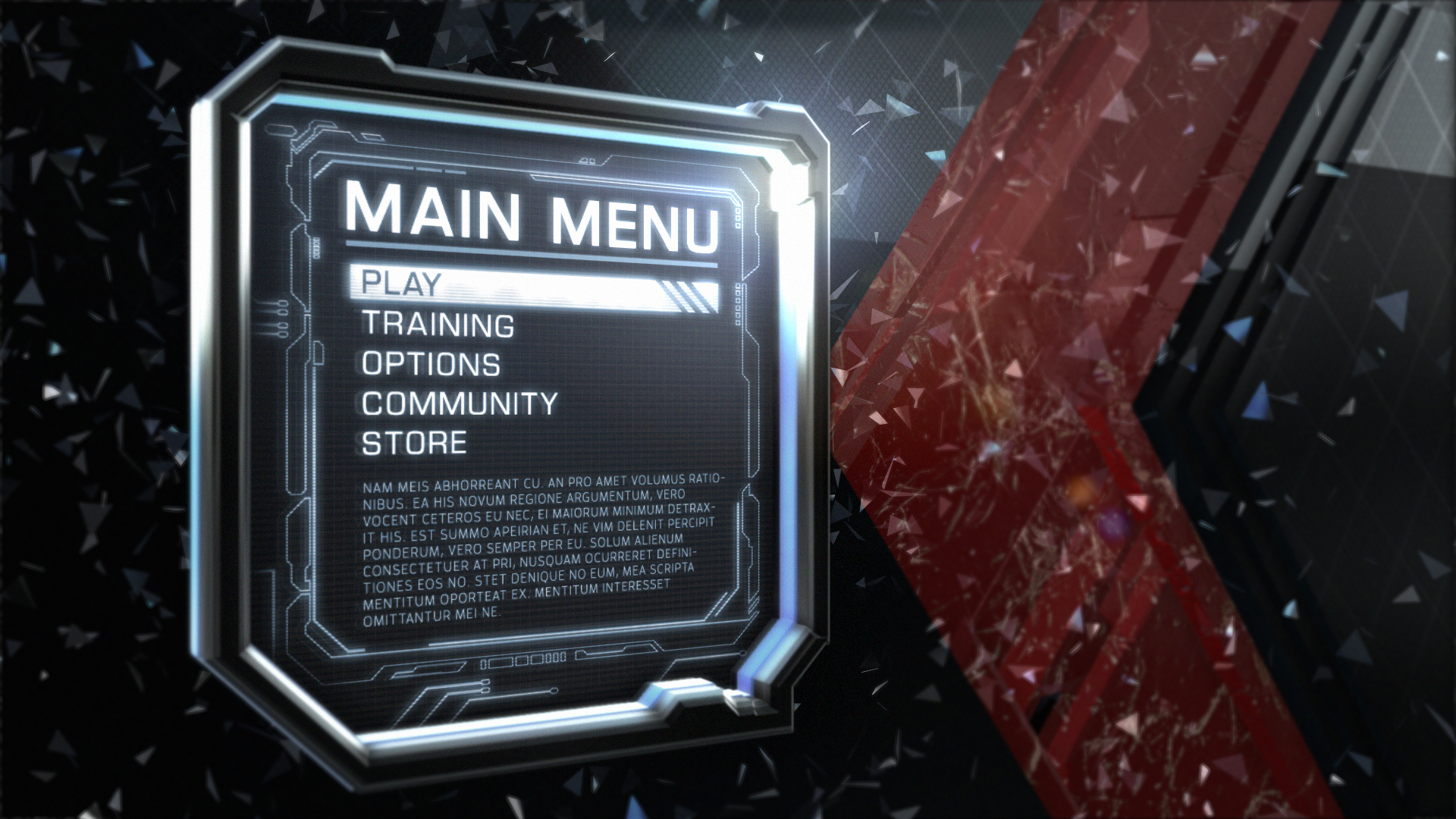 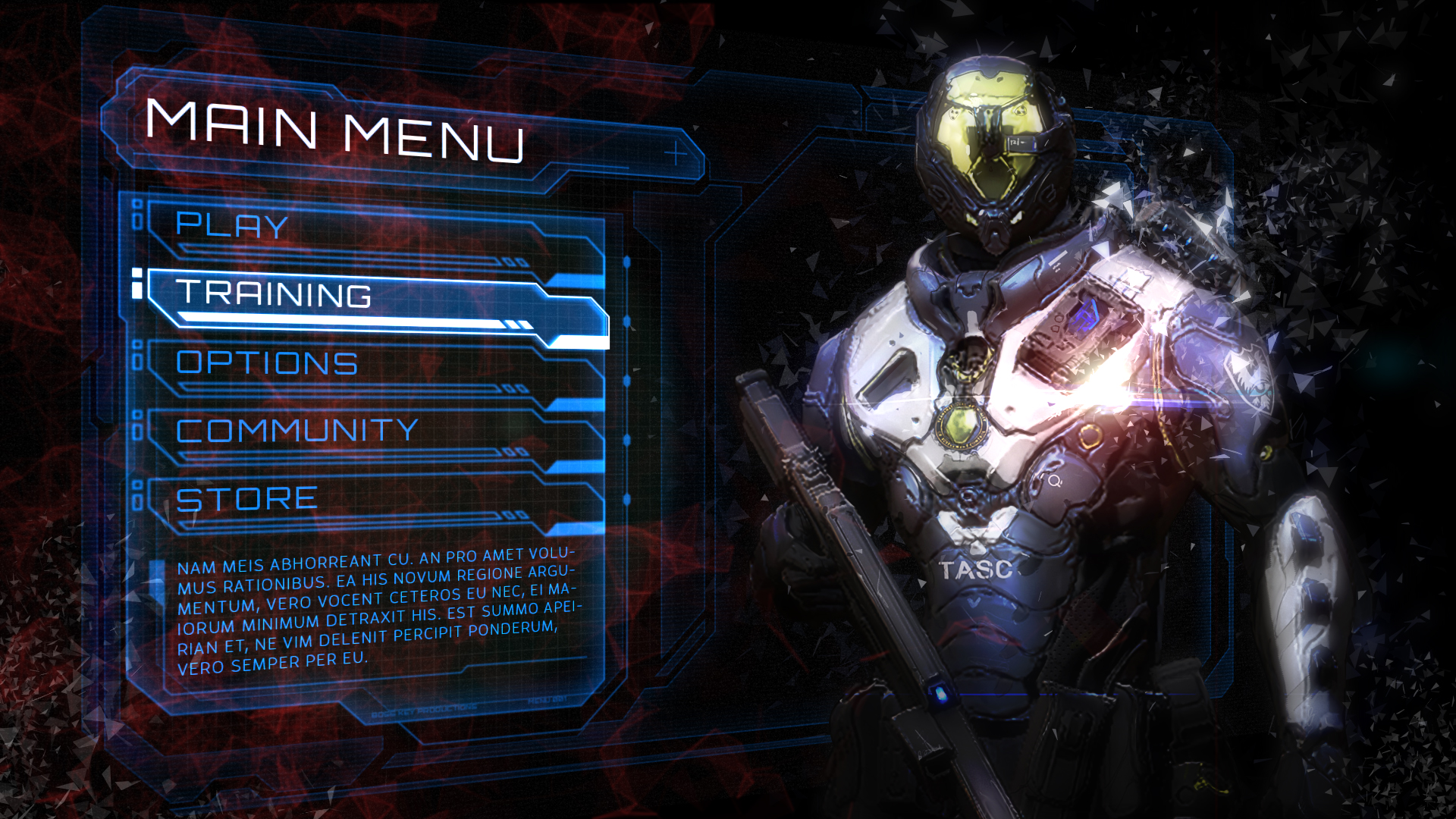 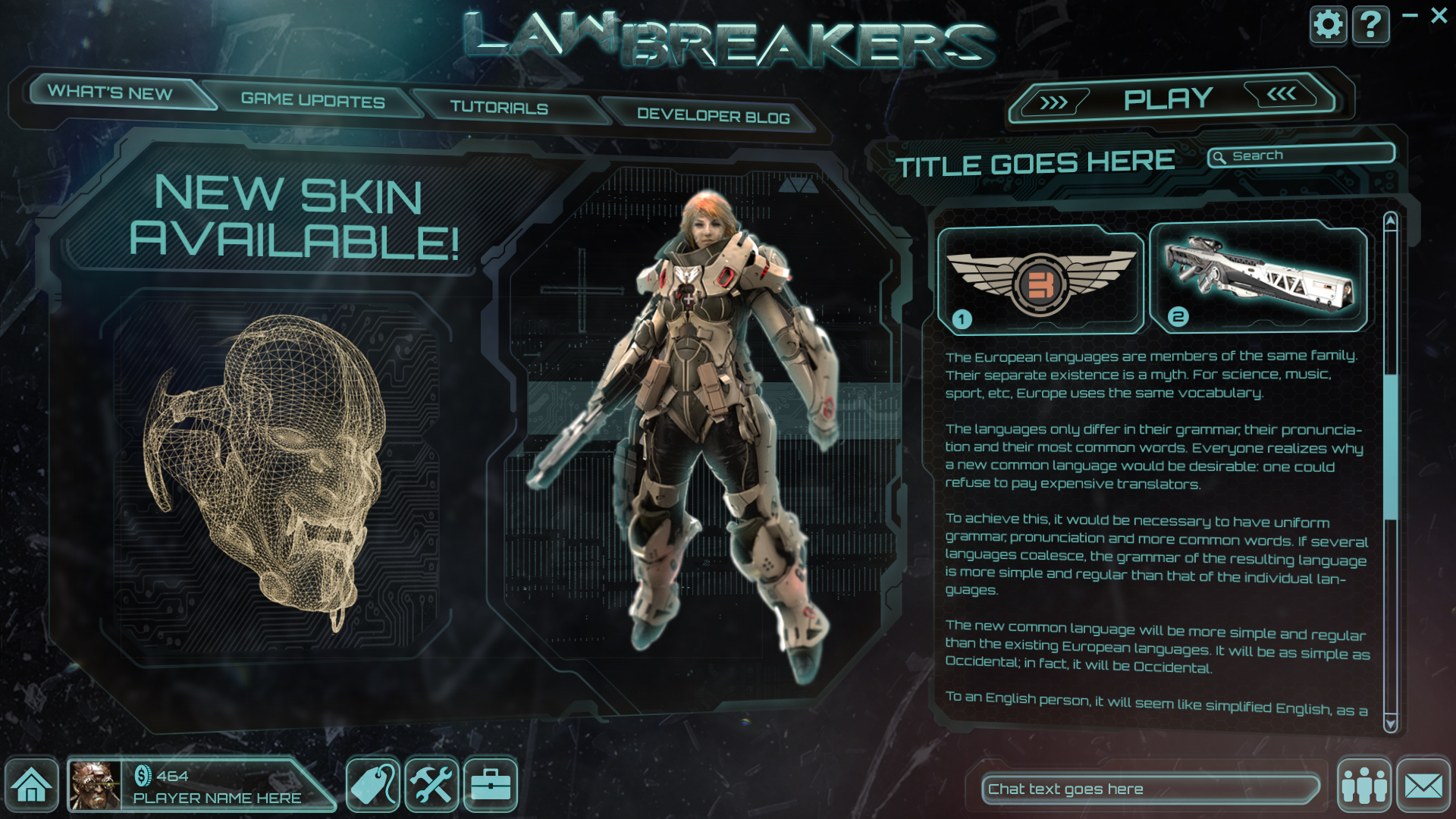 As the concepts evolved, another theme that popped up was the idea of ui being created/conjured in sort of a broken machine. The technology that the characters would wear also became more of a central theme that we wanted to emphasize. In this concept, I explored both of these themes. 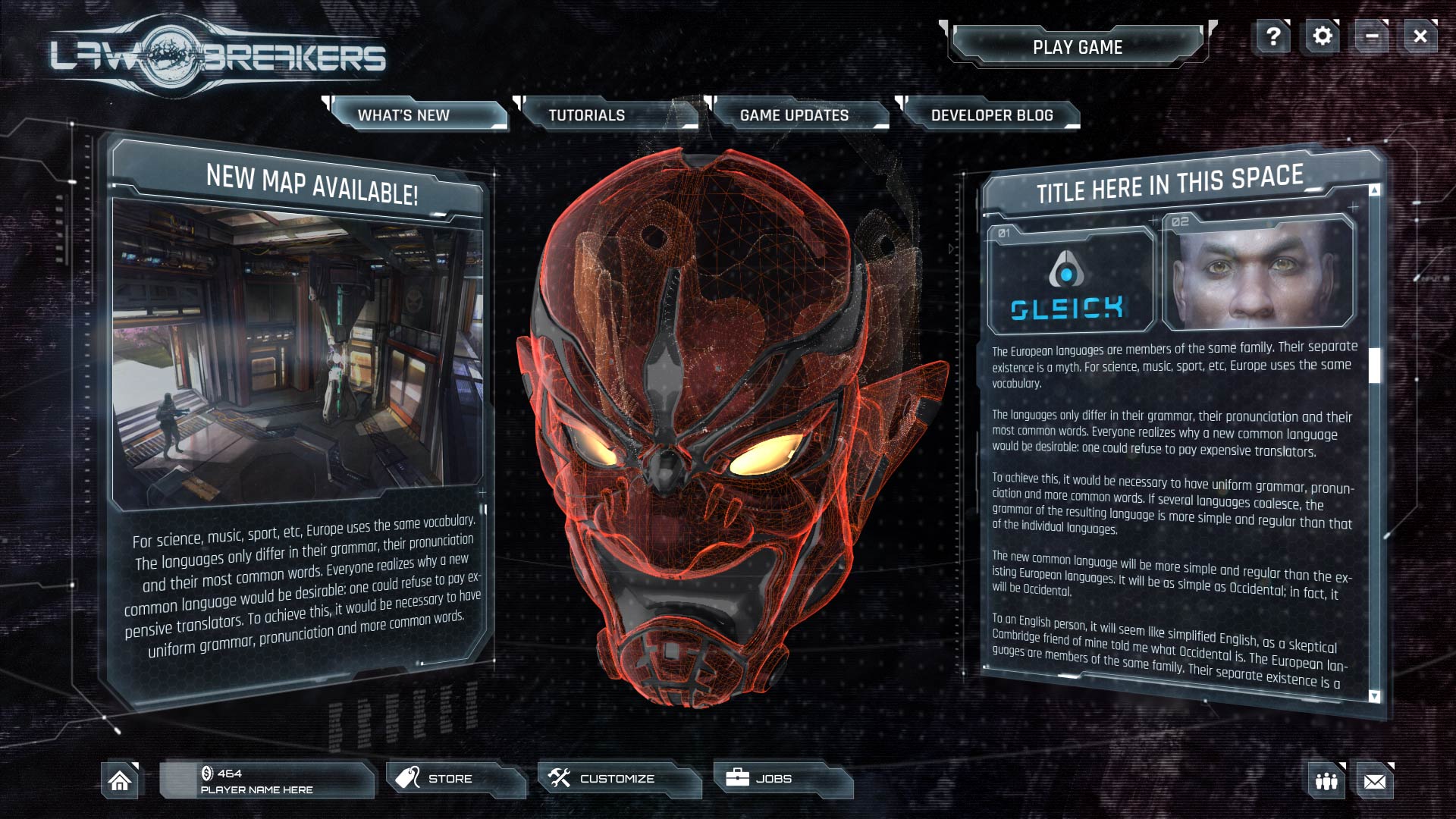 By the time the game had gone to PAX, we had decided on a relatively clean and futuristic aesthetic choice. This had evolved from the earlier pre-production concepts. The moon was now being emphasized as a central theme even more so. The background of the frontend now contained imagery of the shattered moon. Also, because of the extremely fast-pace and old school feeling of the gunplay, I wanted to give the graphics even more of a hint of retro-game shooter feel. To do this, I emphasized the classic angular, glowing blue sci-fi aesthetic that was so popular in older futuristic games. 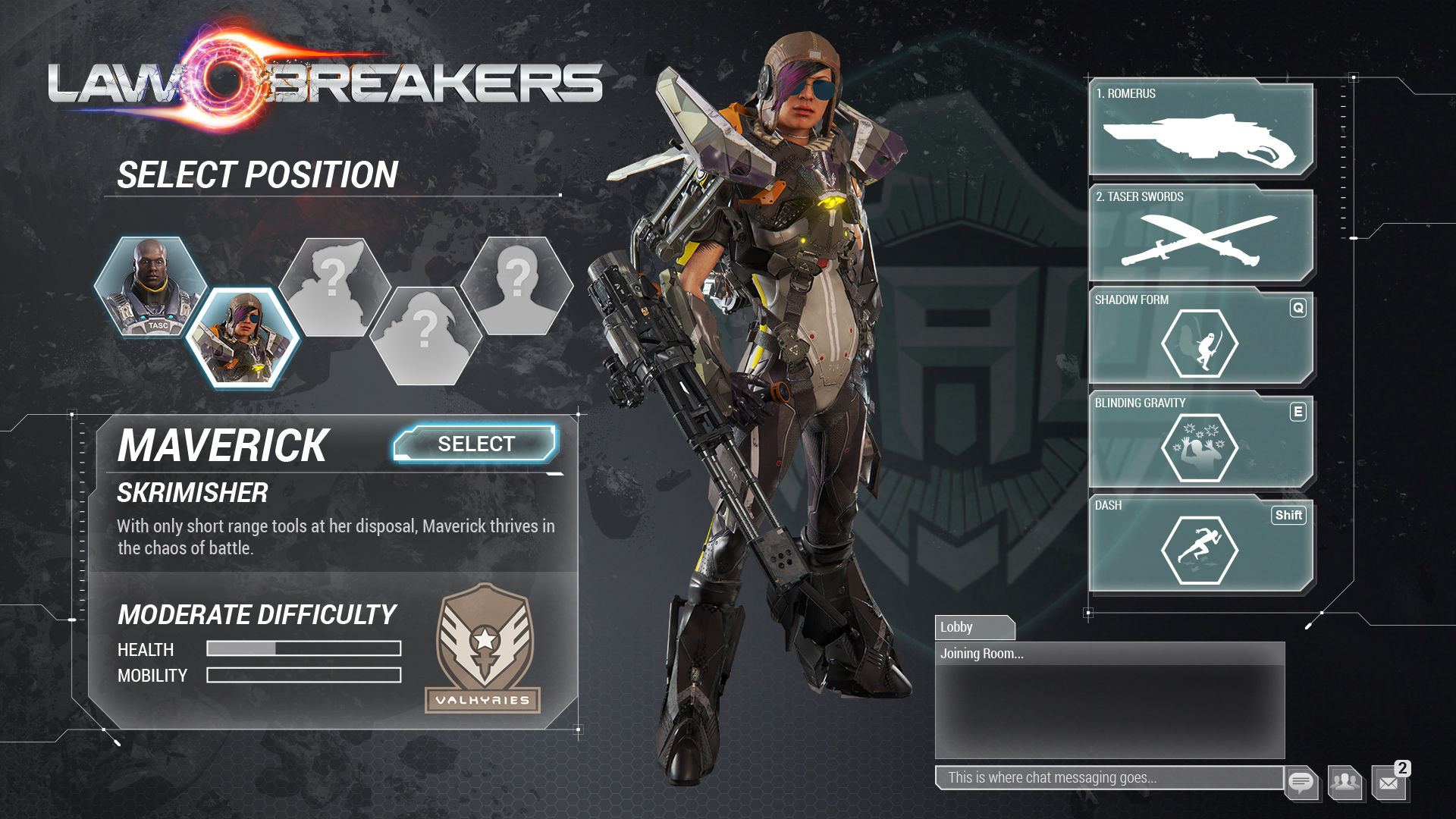 As we continued to develop Lawbreakers, another game appeared on the scene that was seen as direct competition, that game was Overwatch. Overwatch had a very clean, modern, bright, and friendly design aesthetic that they were going for. We felt that we needed to try to carve a different space in the market with our branding. We moved in the direction of branding the game in a fairly opposite of Overwatch. We shot for more of an dark, dystopic, grungy, and aggressive favor. We also wanted to dig even deeper into reminding people of old school, fast-paced, twitch-based shooters from the 90s. I was tasked with re-envisioning the UI with these ideas in mind. 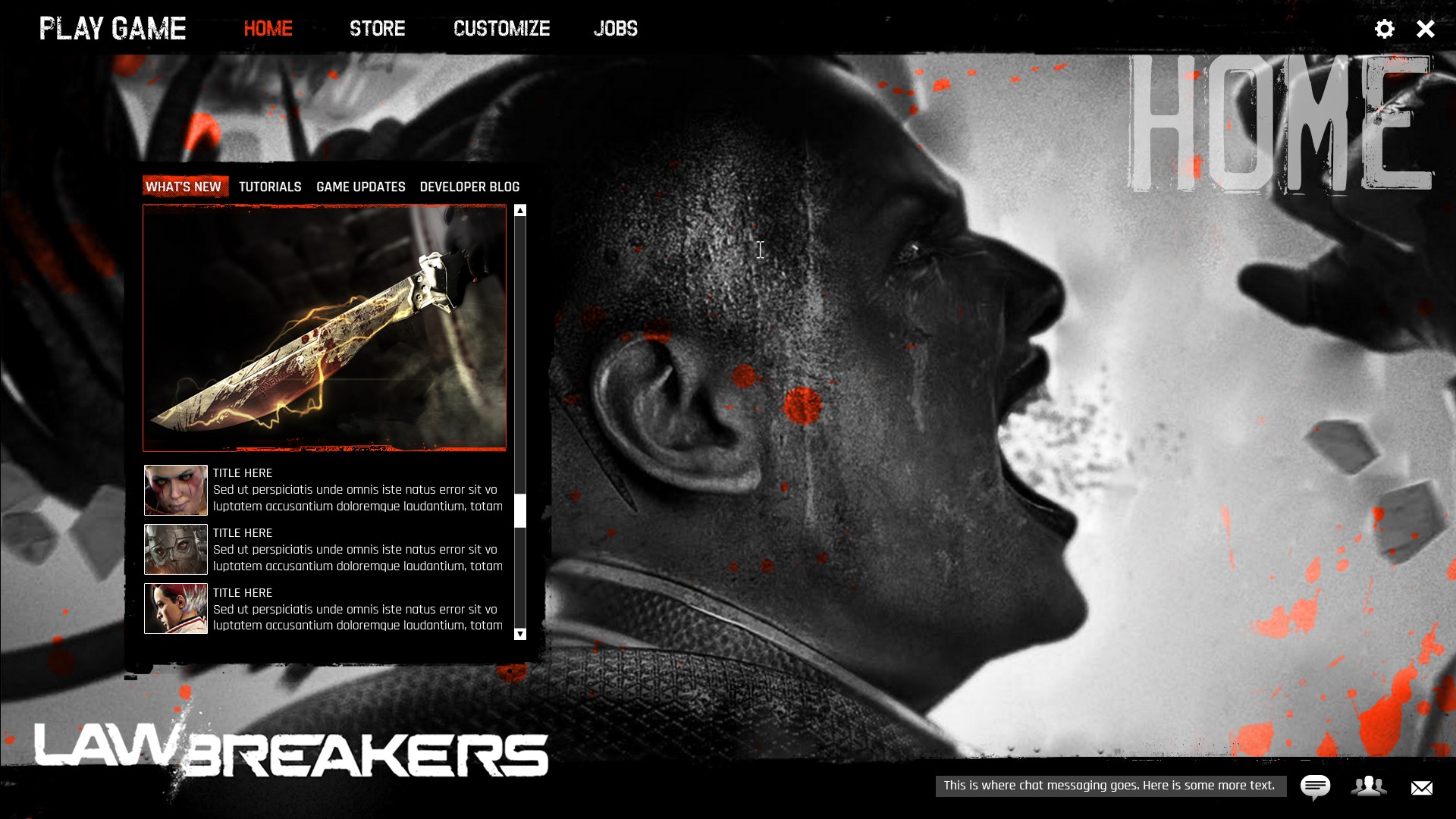 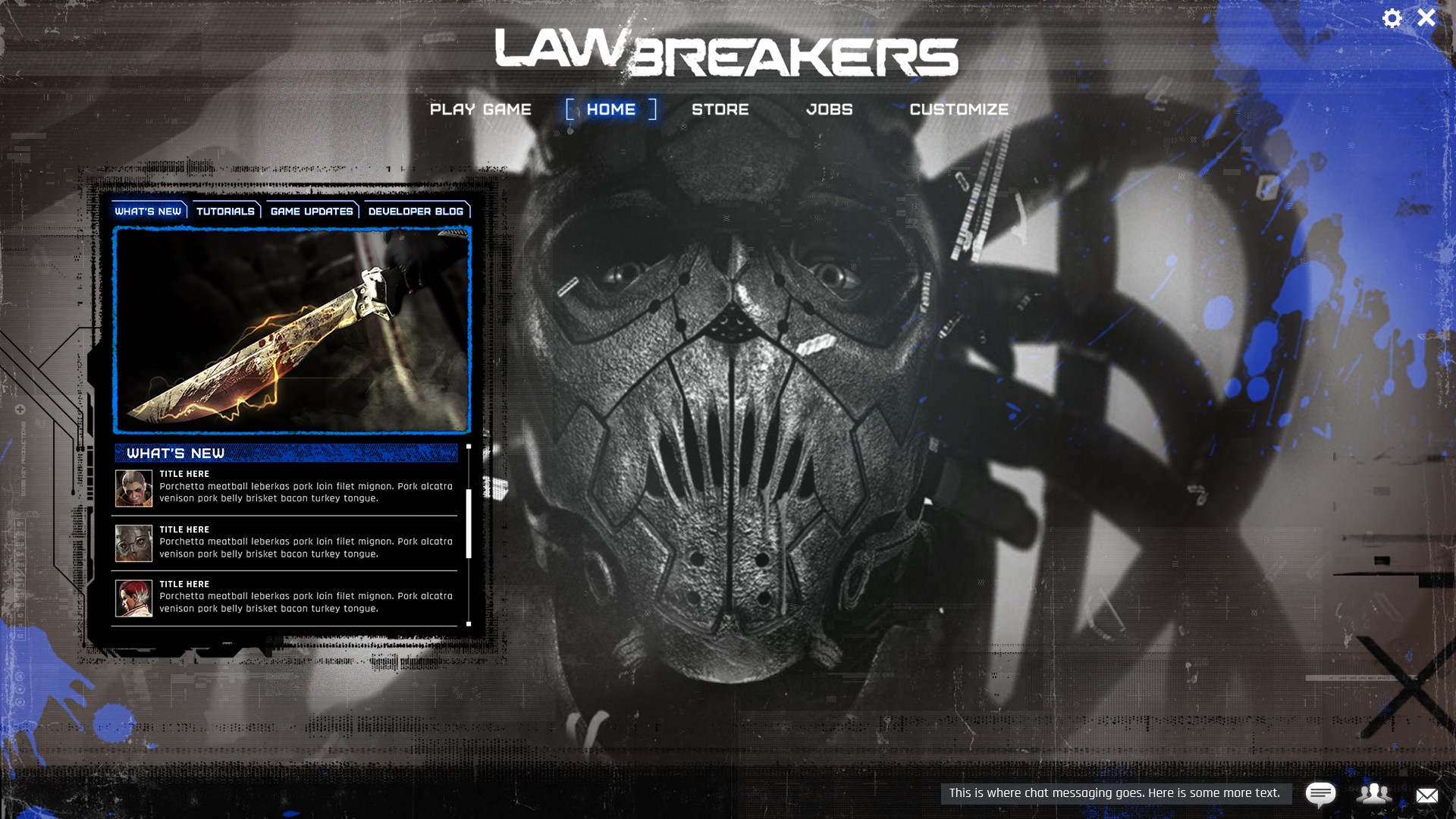 These mockups eventually led us to this as a general look and feel direction. 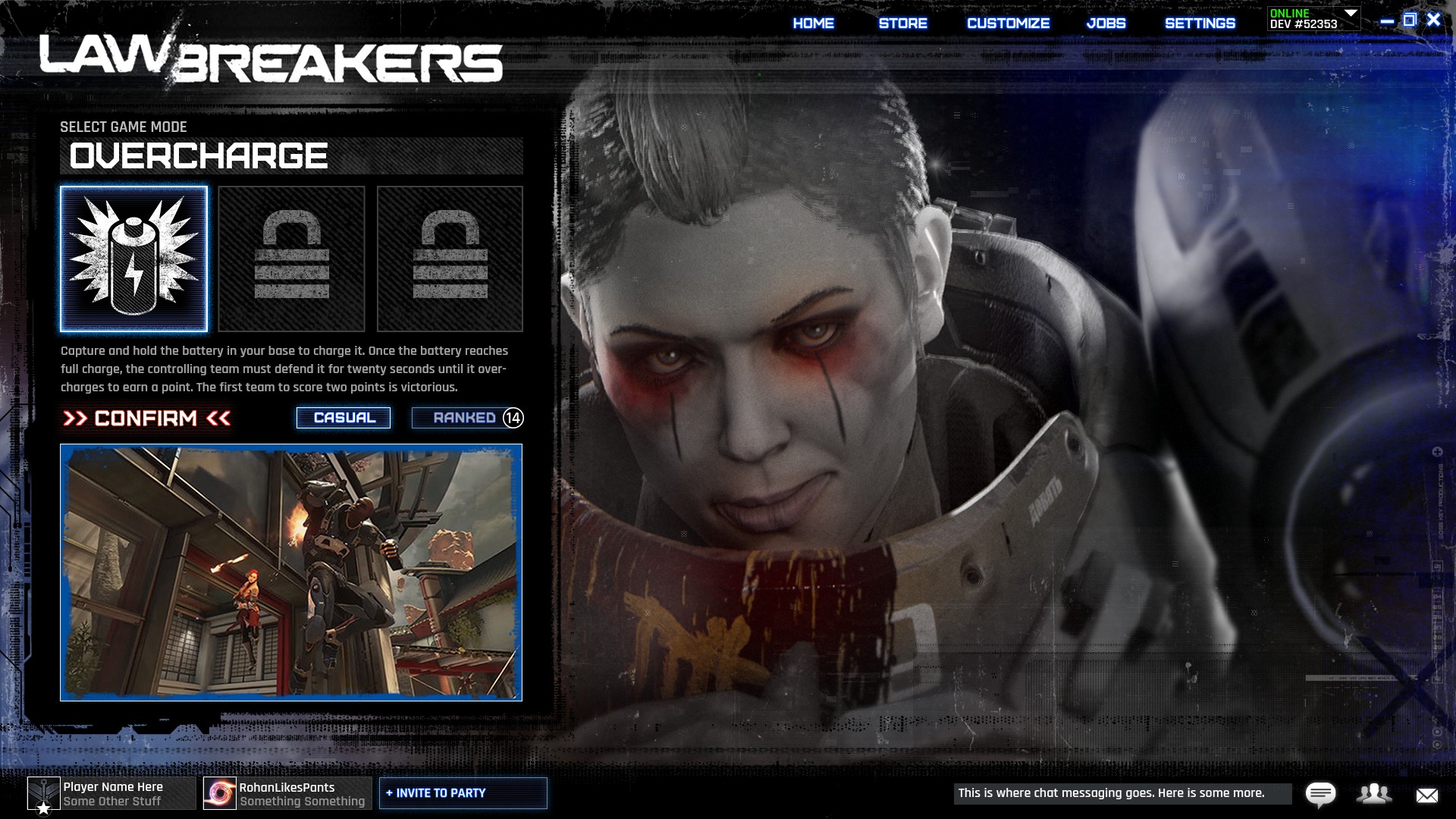 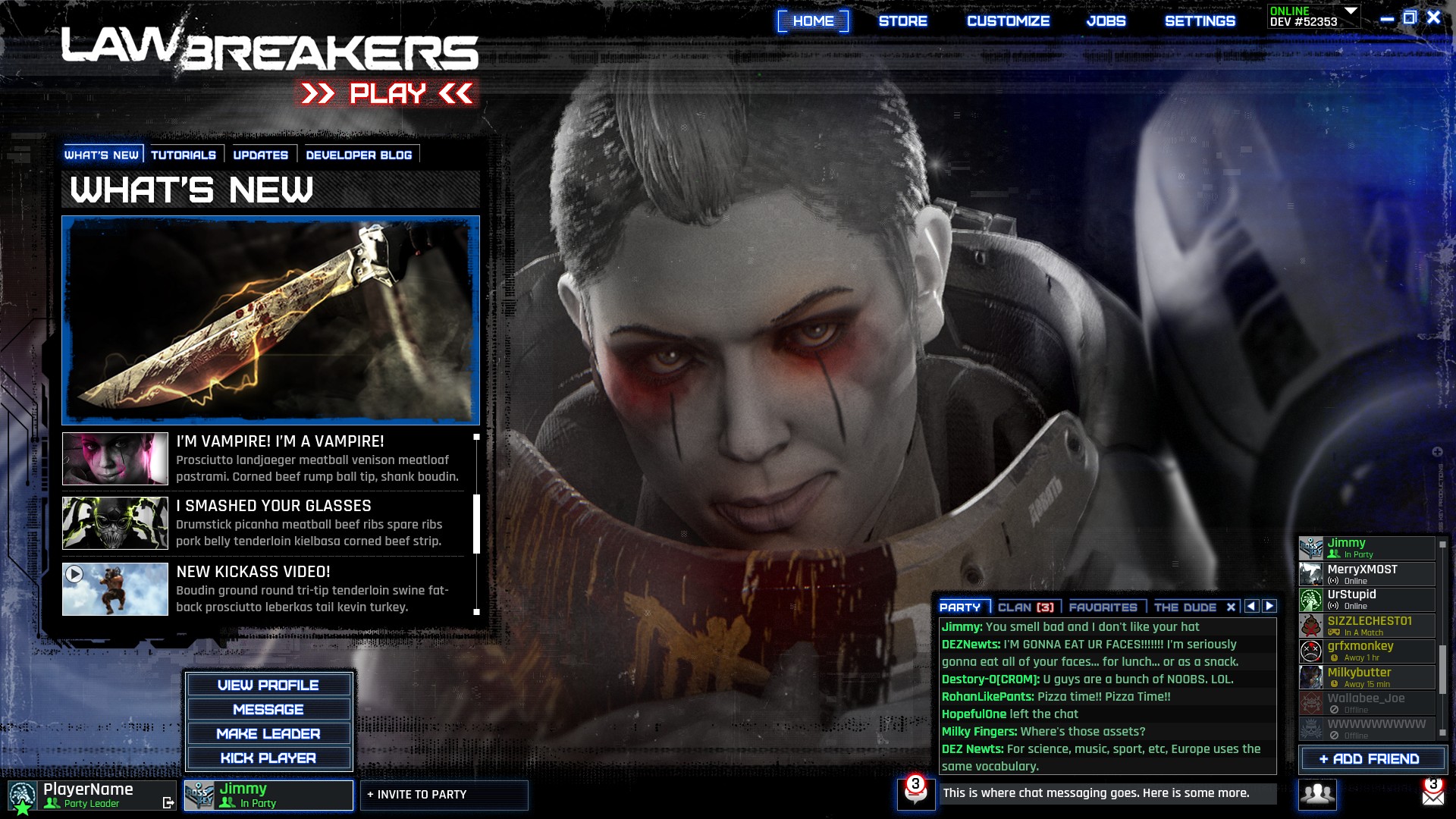 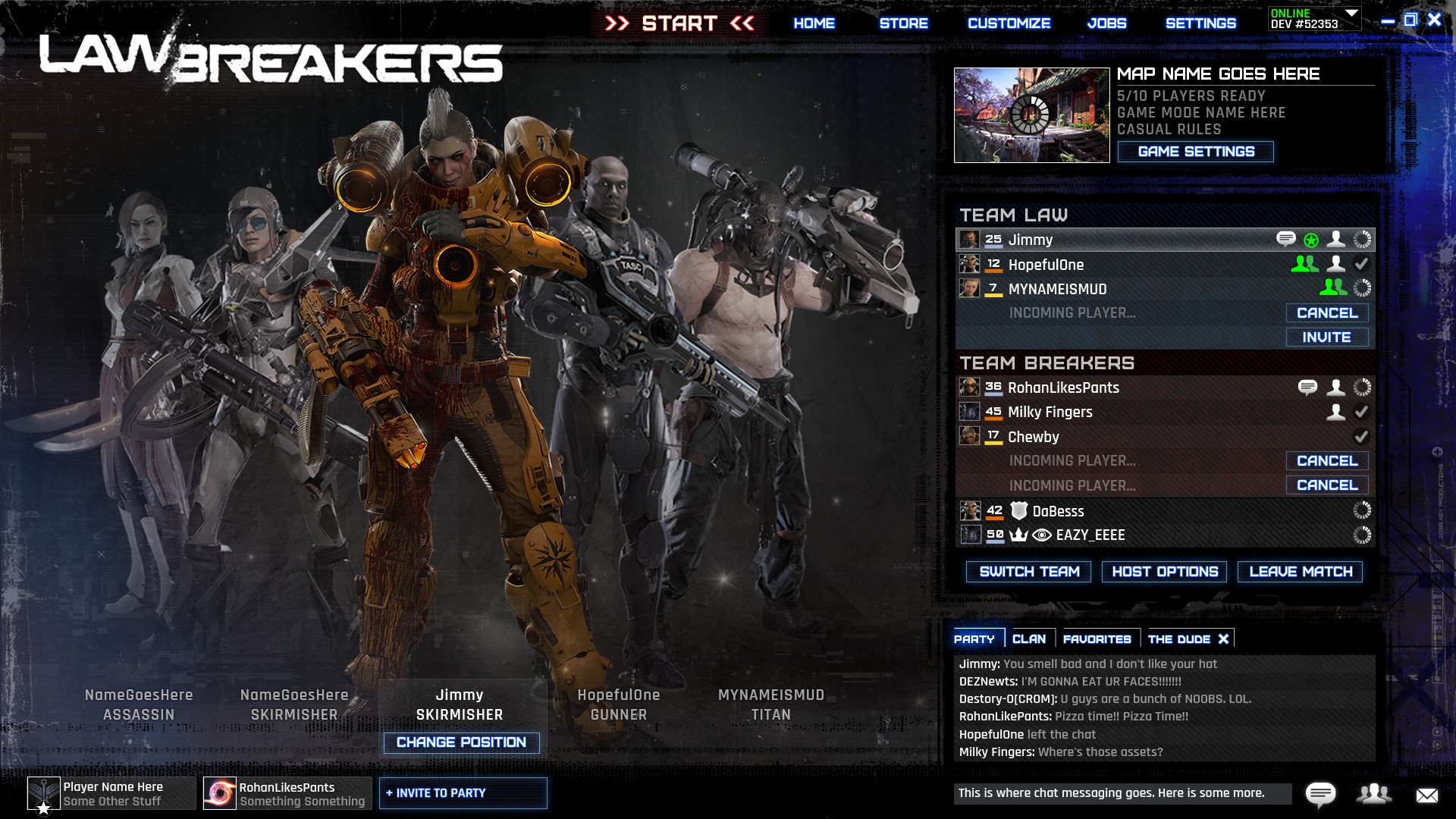 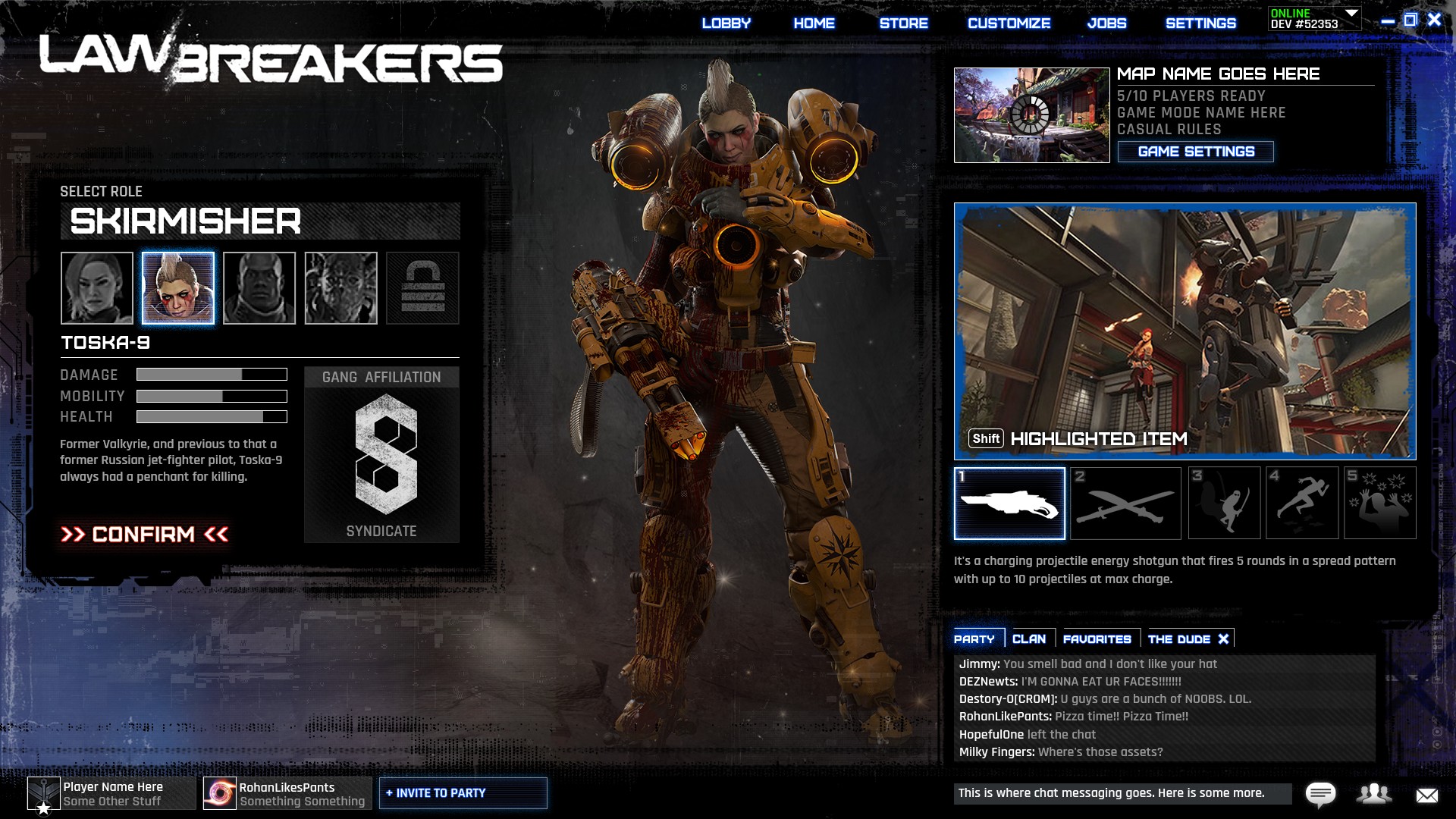 ALONG COMES THE CONSOLE

As Lawbreakers got further along in development, we decided that we were going to develop a console version of the game. Originally, the plan was to have this handled out of house by another studio but we later decided to do it internally instead. This required another shift in direction to make the frontend more console-friendly. These mockups were created with the more console-friendly direction in mind. 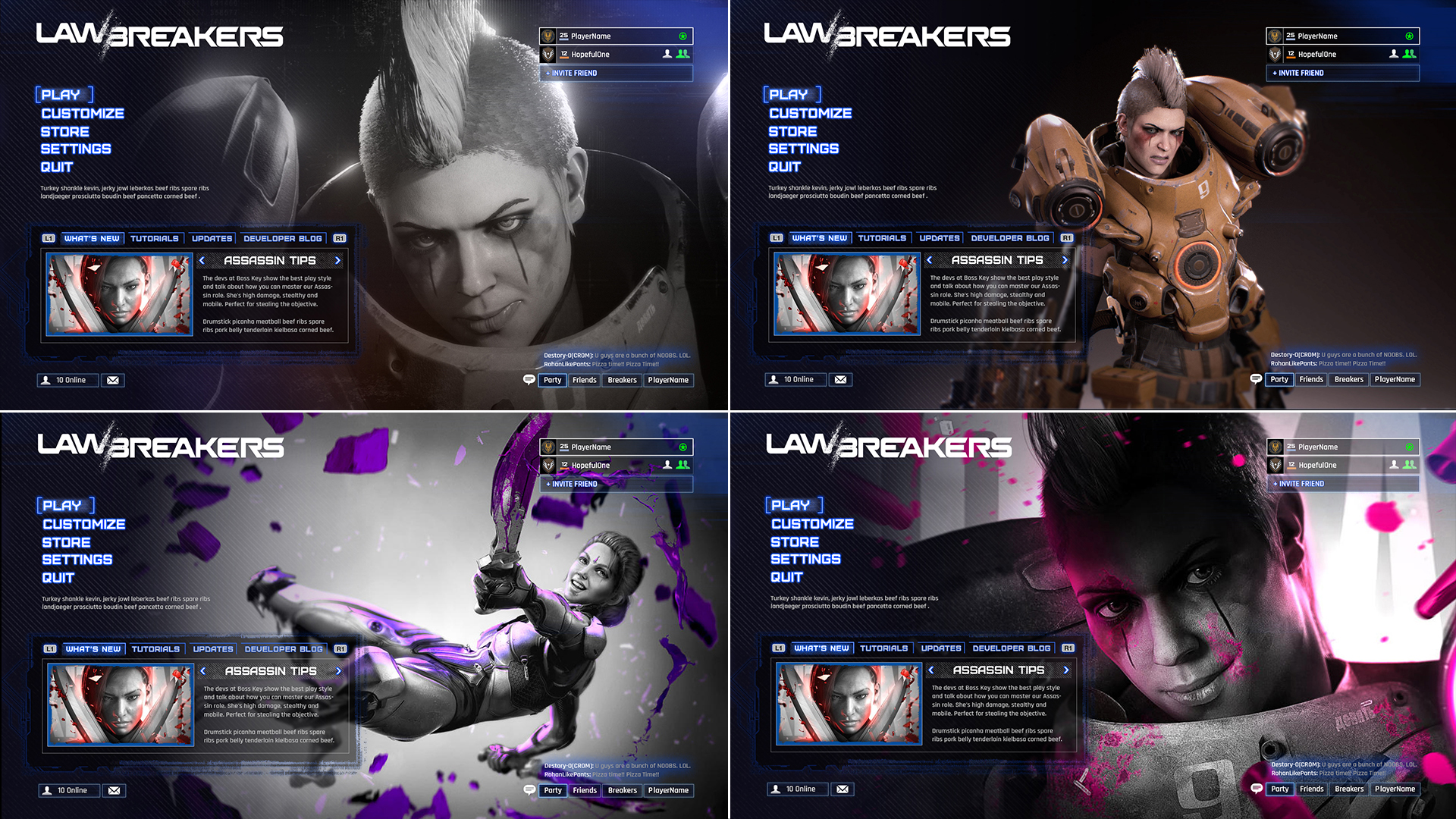 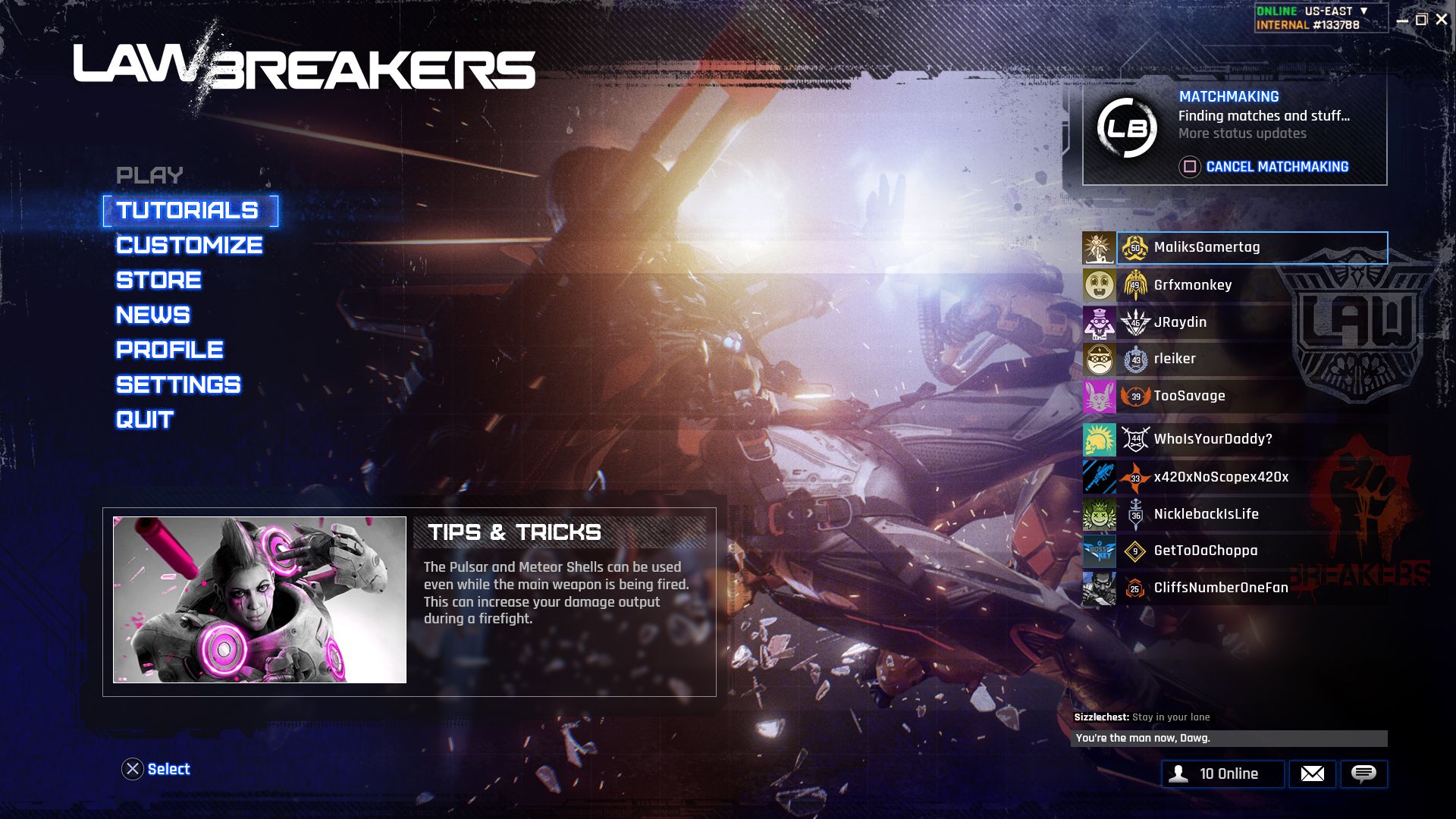 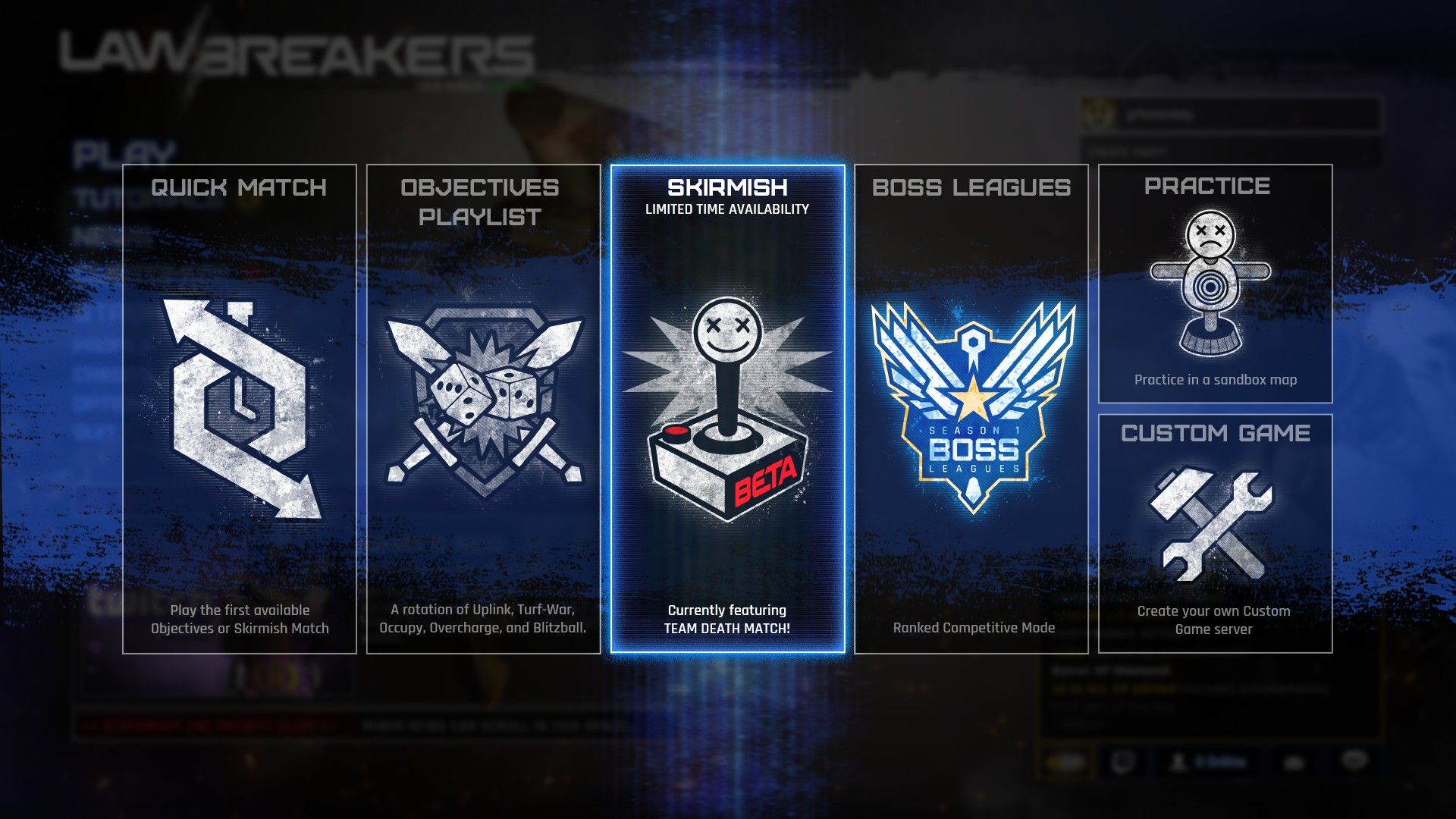 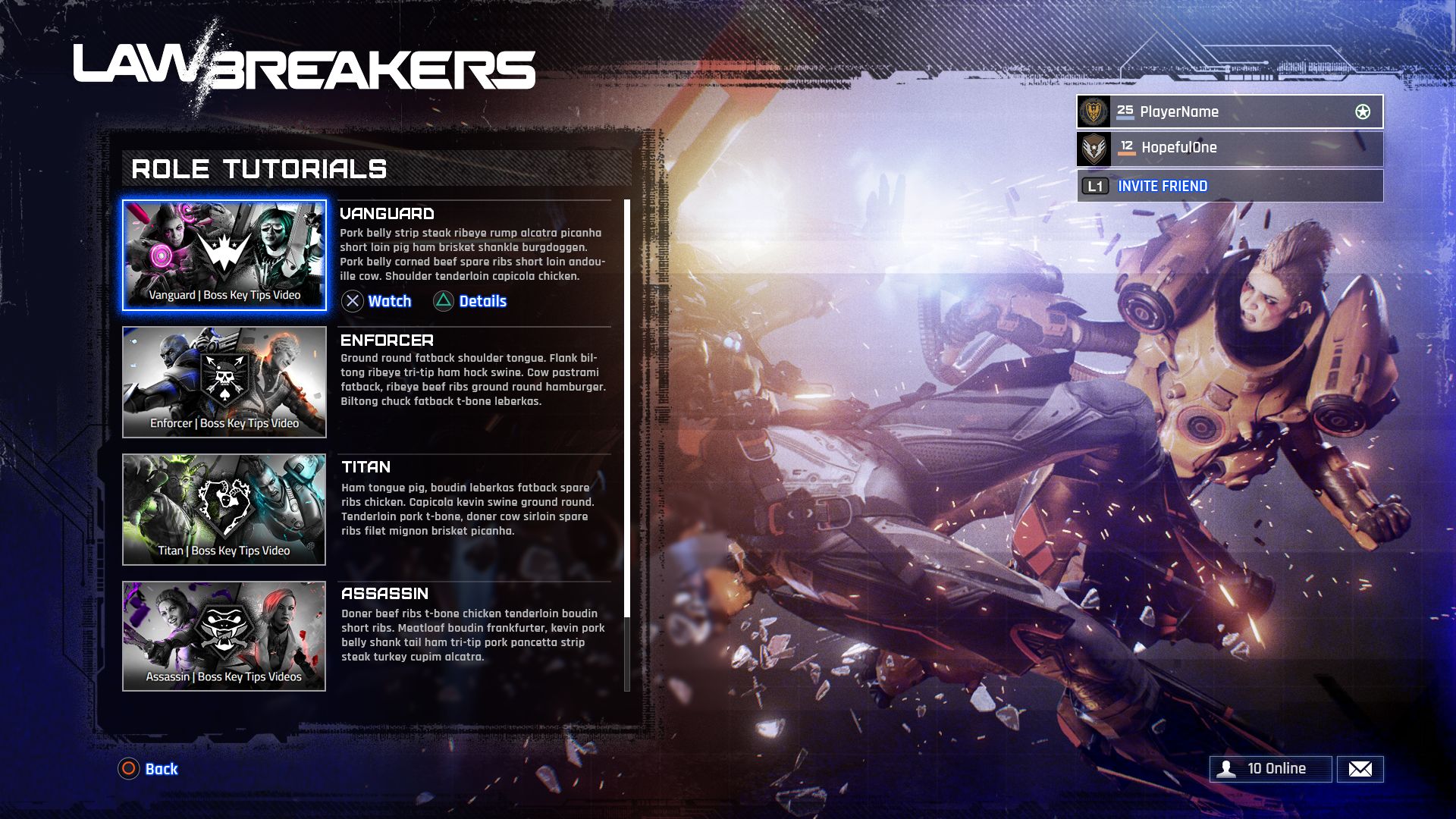 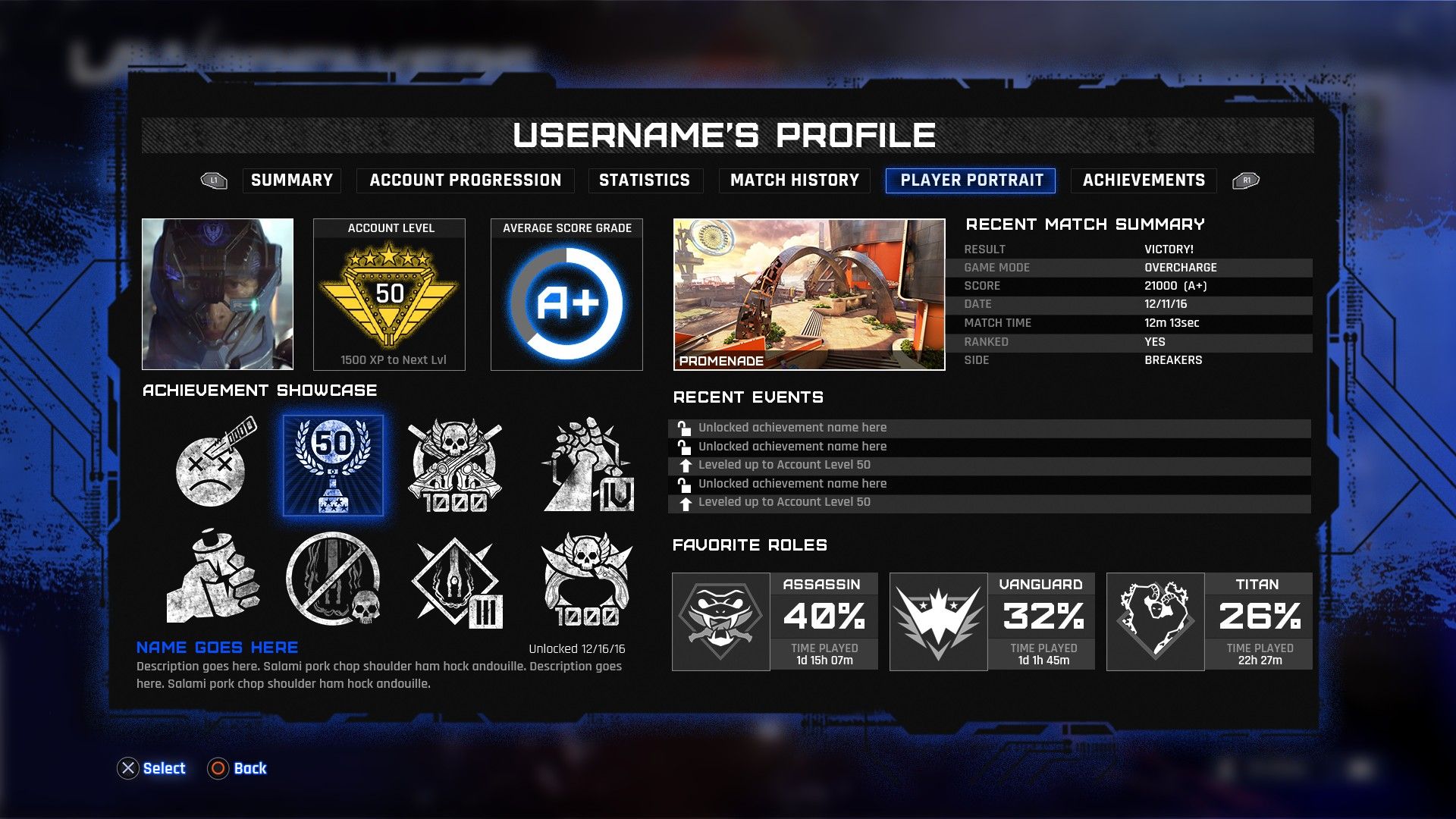 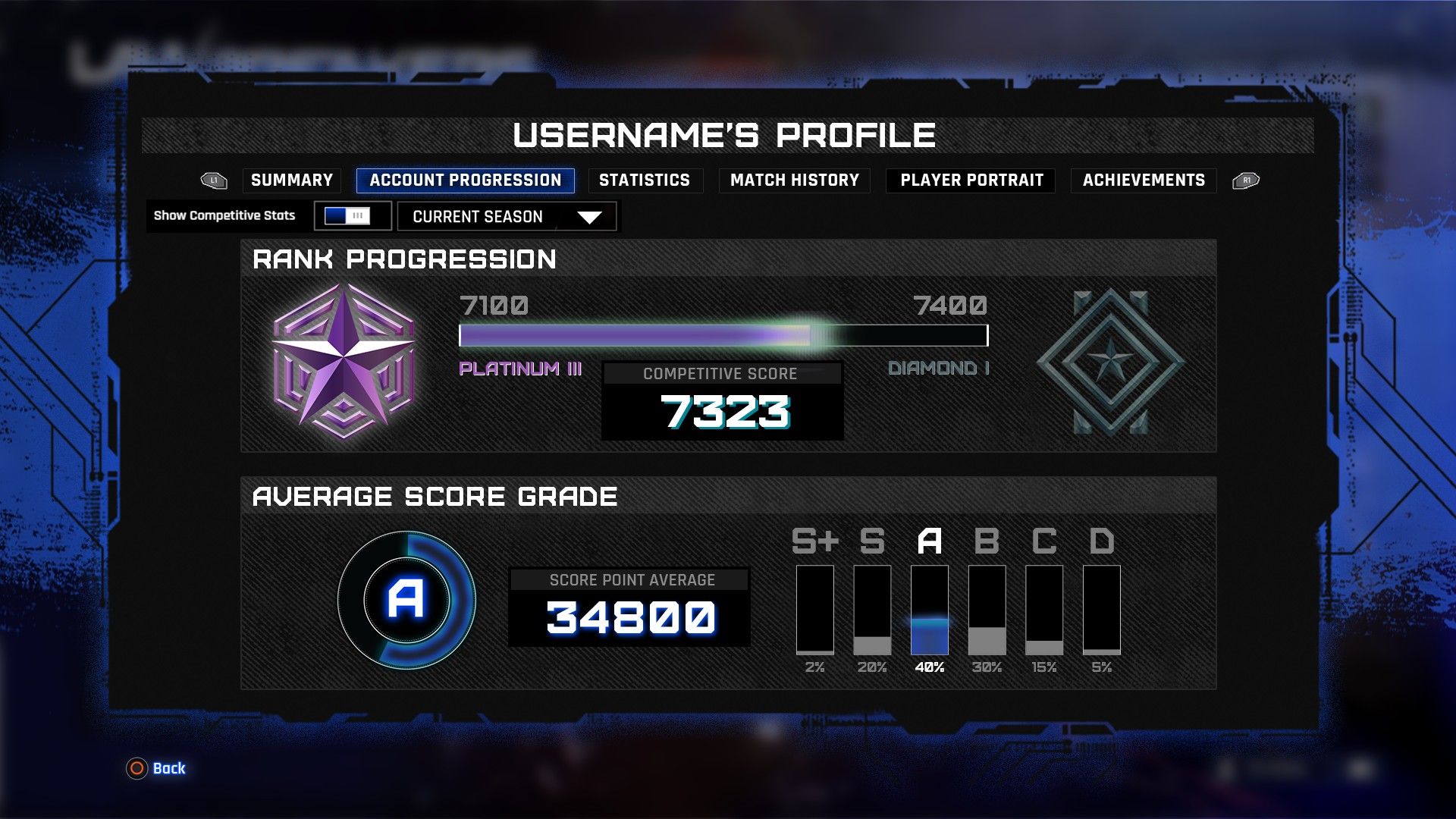 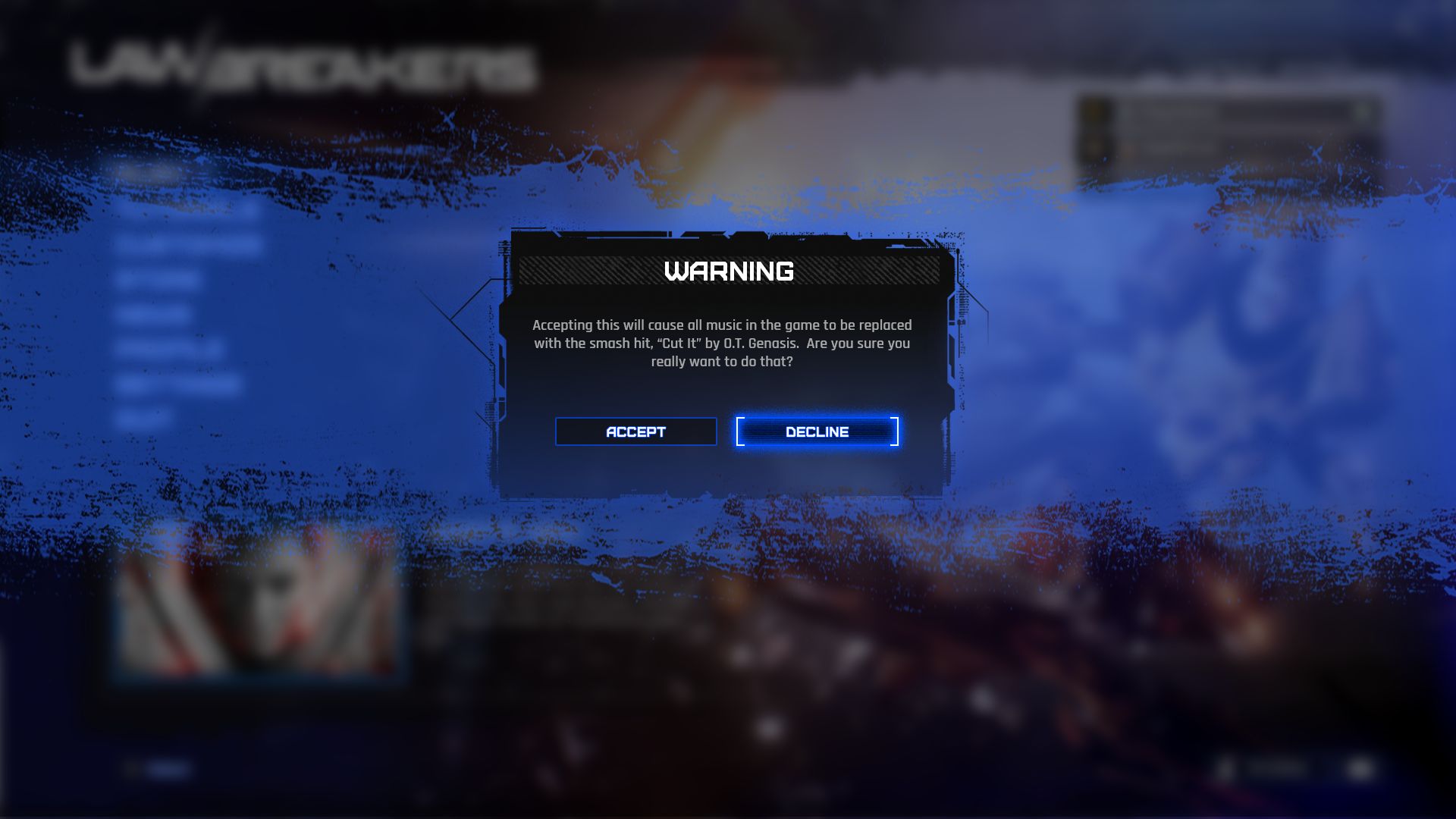 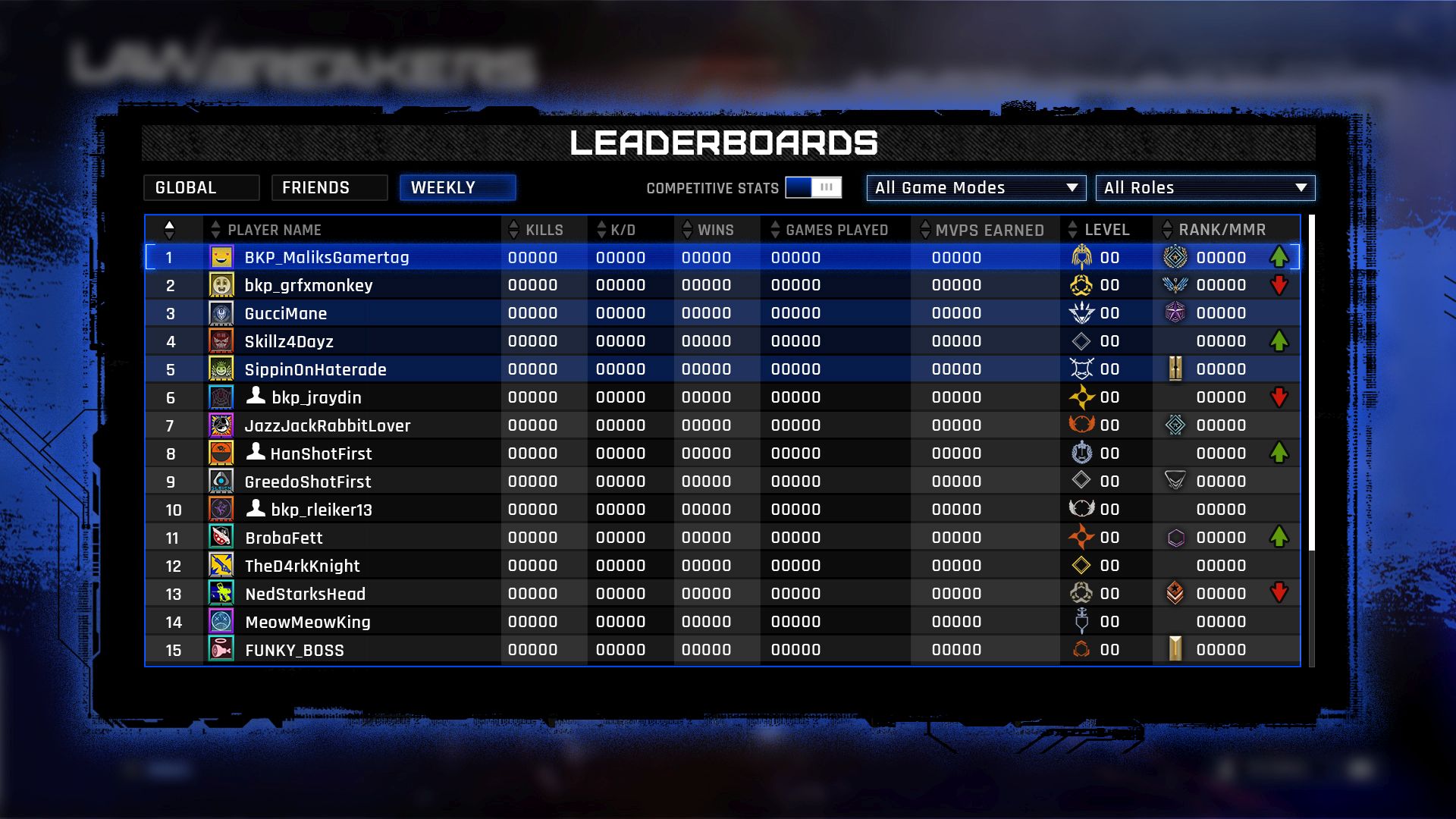 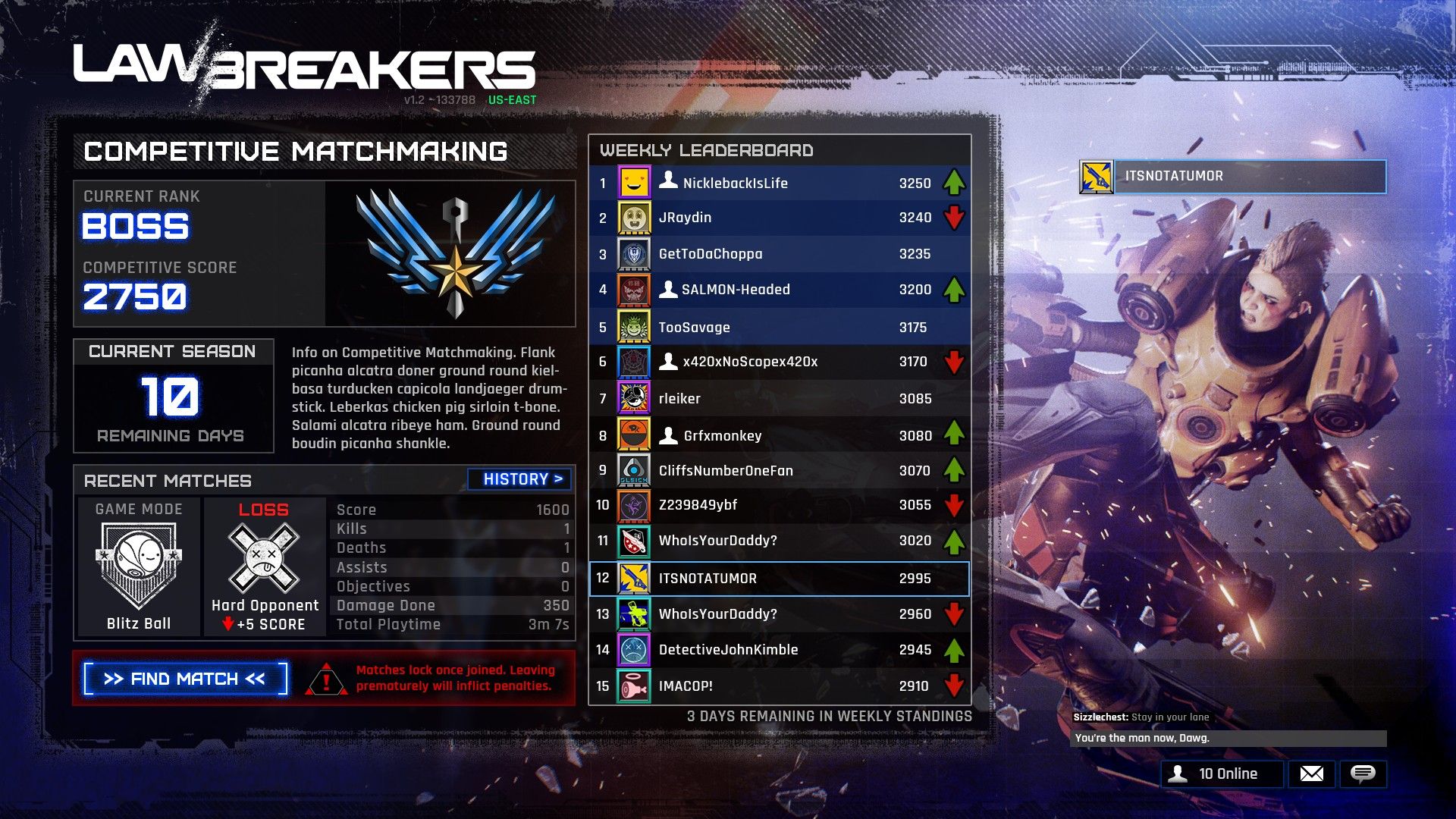 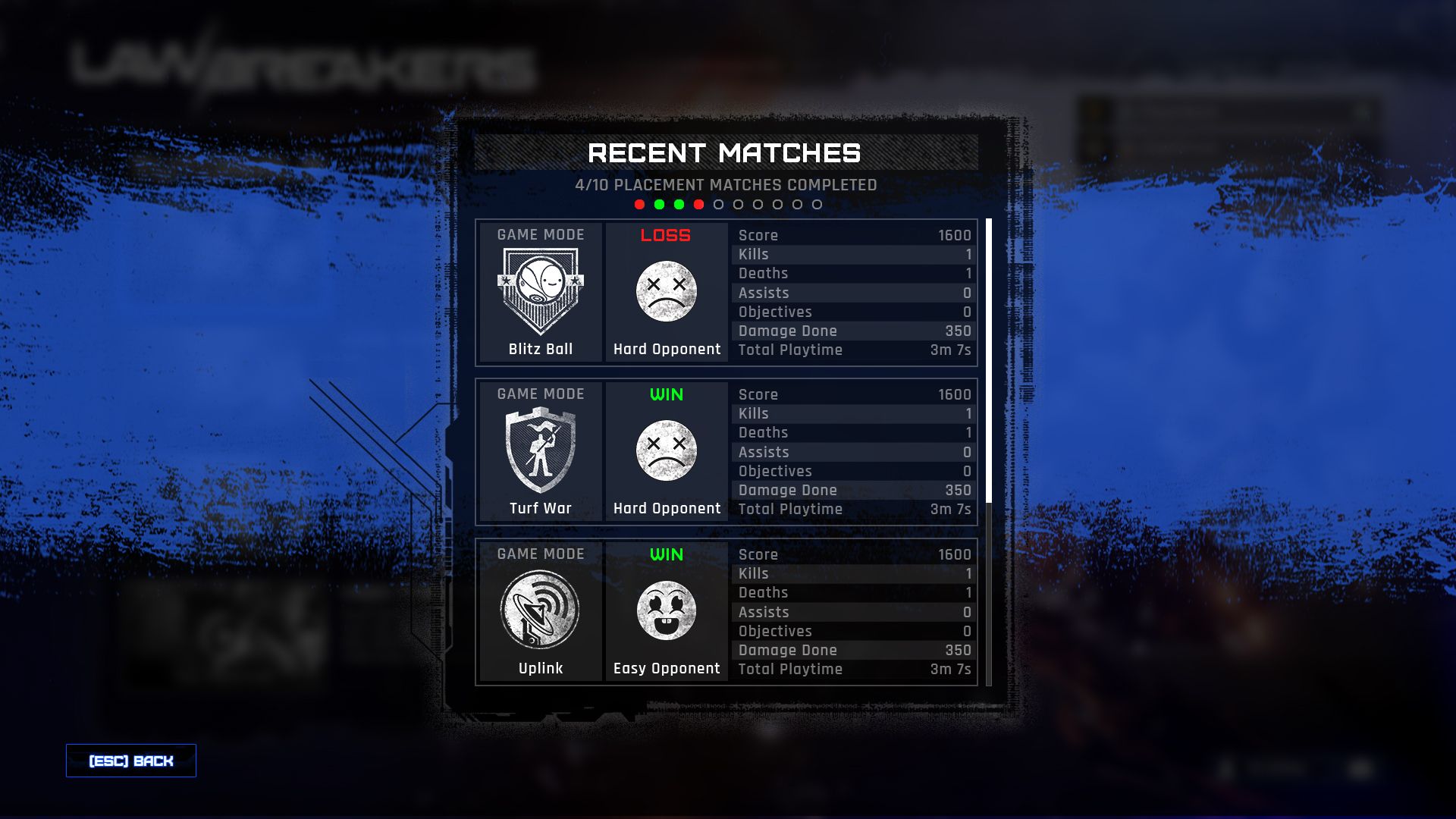 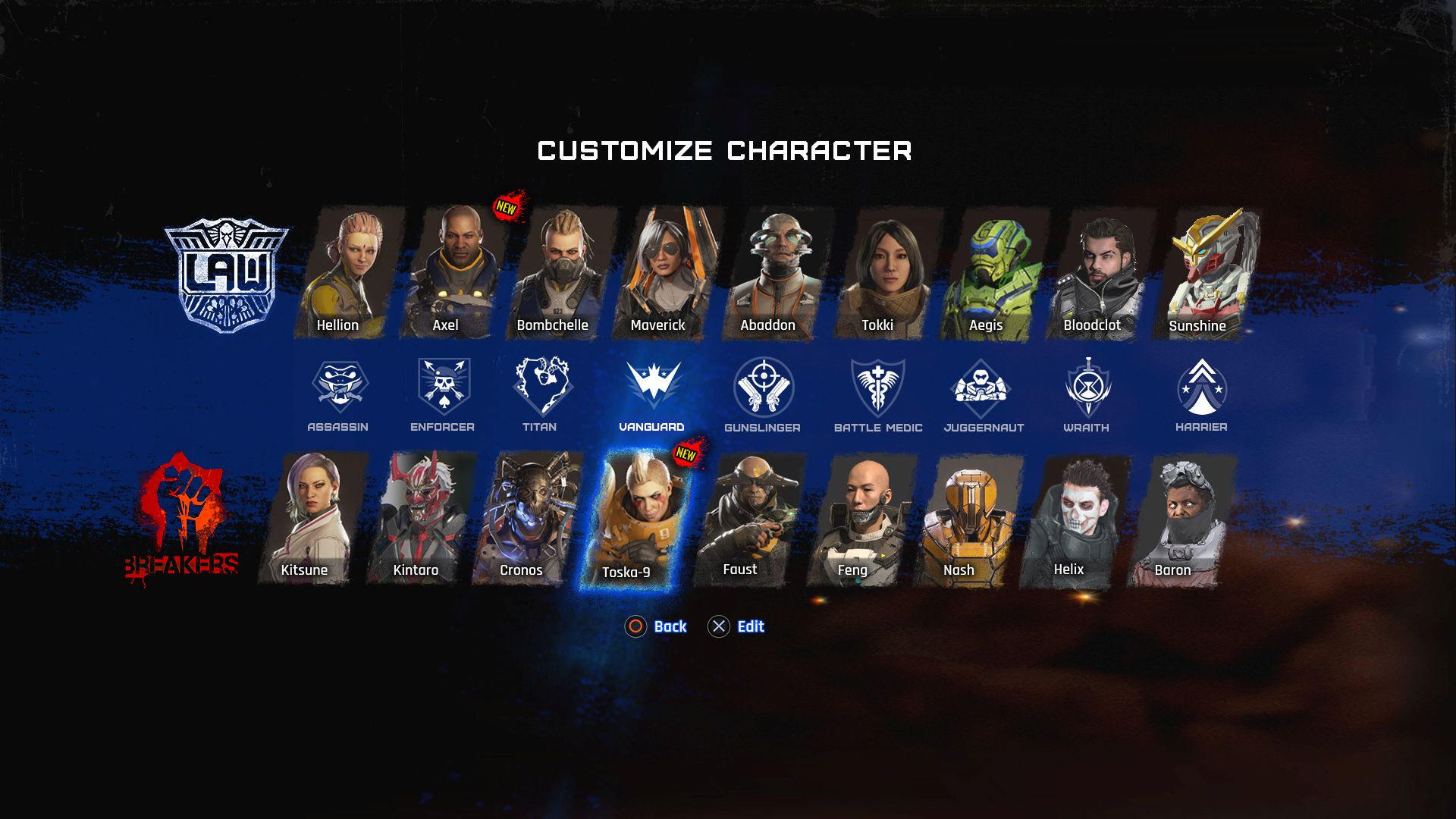 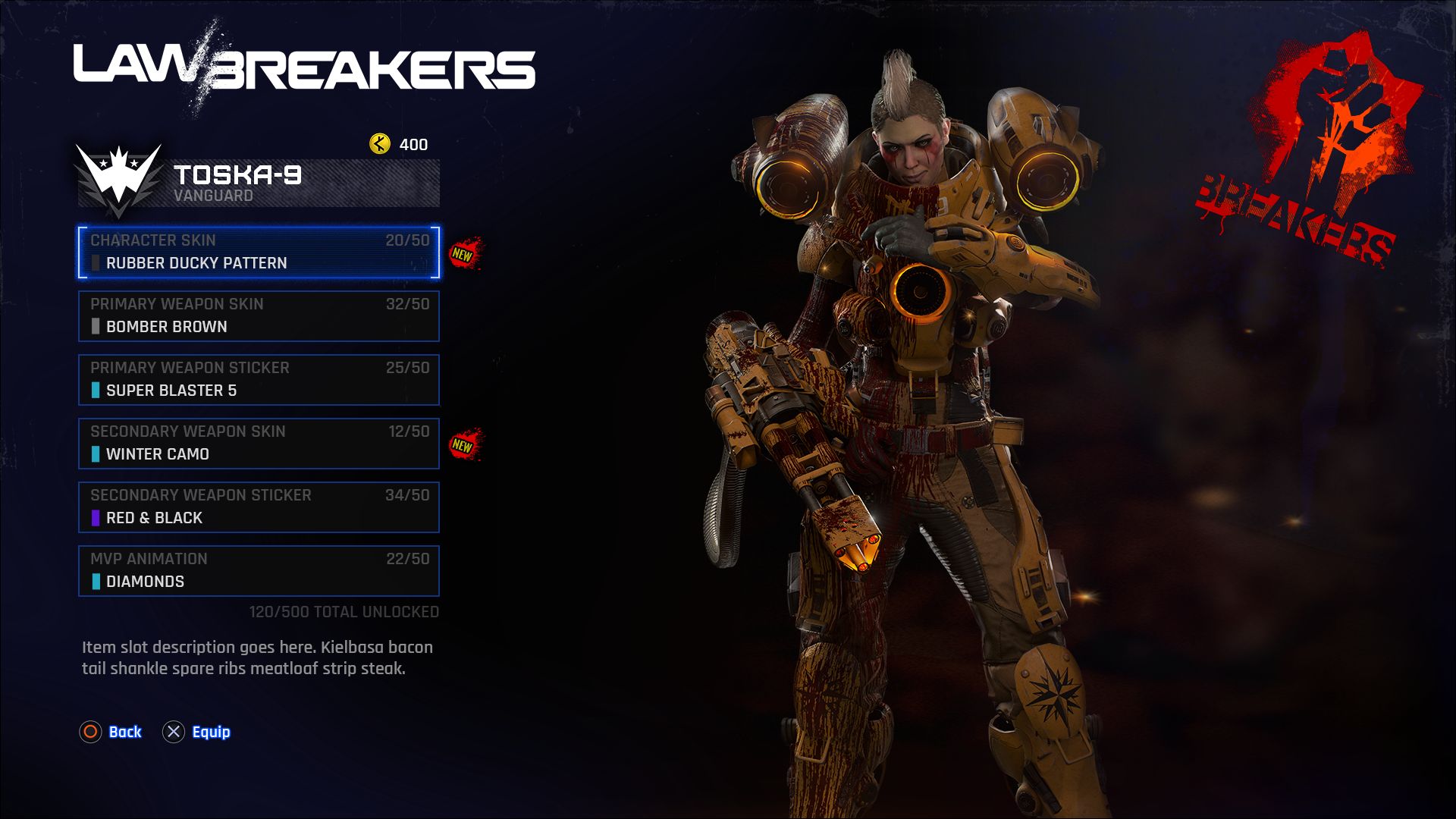